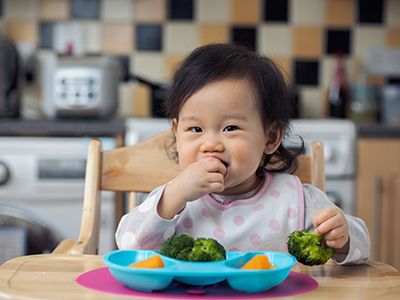 “My eating will go up and down but I’ll eat the right amount. Trust me!”

“I have to make sure they don’t eat too much!” Take the pressure off yourself, it’s not your job to decide how much your child eats. If you take over your child’s job of eating (deciding the amount they eat), you’ll run into problems.

You have to trust their tummies and their ability to know how much they need to eat. This can be very difficult for parents who have spent a lot of their life restricting food, going on diets in an attempt to lose weight.  If this isn’t handled correctly, you may subject your child to the same struggles that you’ve had.

Restricting how much your child eats

“I eat what I want at snack time and know that I’ll have the opportunity again in a few hours.”

We need satisfaction from eating. A child’s food intake (and everything else!) can be up and down. They won’t eat much at some meals and the next meal they can’t be filled up. If you try to change  this, you’ll be doing more harm than good.

When your child is able to eat the foods they like in satisfying amounts, they get eating stability Children will know they don’t have to overeat as food is provided at reliable times and they can eat until they’re satisfied. This takes out the stress they may feel to consume more than they need.

Until their appetite regulation is disrupted, children know how much to eat

Why we might want to restrict the amount our children eat

Our society is consumed with diets and food restrictions. We may think that being relaxed about how much food our child eats at meals may drive them to overeat and gain weight… NOT TRUE!

Lets look at ourselves

It might be us who’ve lost the ability to regulate appetite, who can’t be trusted with lots of food in front of us and think our children lack the same control. If we’ve struggled with weight and dieting, we may be more anxious about our child’s weight and feel we have to do something actively to control their intake… this will backfire.

The research says if parents think that they’re overweight, they’re more likely to control how much their child eats and their child is more likely to become overweight. This vicious cycle of weight management is more common with mothers thinking themselves overweight and being overly controlling with their daughters’ food intake.

What happens when we restrict or limit the amount children eat? 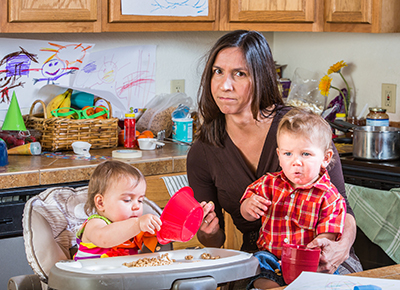 Controlling how much your child eats damages the feeding relationship.

Controlling how much your child eats damages the feeding relationship. Your child will be upset or angry with you limiting their eating and will find it very confusing.

A child who has had their food restricted throughout childhood will have no experience knowing when to stop themselves when the restrictions are lifted. This can increase the risk of the child overeating.

I can’t get no satisfaction

Restricting the type of food your child eats

There are 2 types of restriction and one of them is actually OK: 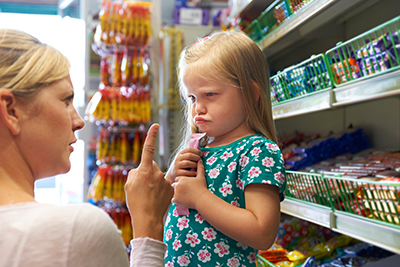 Overt Restriction refers to restriction that the child can see and is aware of. For example, keeping biscuits in the pantry but not letting your child eat them or drinking soft drink in front of your child and not letting them have any.

Overtly restricting access to a food has the short-term effect of reducing the amount of that food eaten, BUT this makes your child want it even more.

Research has found that children who have access to foods that were previously restricted in an overt way, overeat them.

Covert restriction is restricting the type of food a toddler eats in a way they’re not aware of. For example, not having unhealthy snack foods in the house or not walking home past the chip shop. The child is not aware that the food has been kept from them.

Covert restriction has been shown to reduce unhealthy foods and drinks in a child’s diet. This may means changes to food choices in the home or making changes in the child’s routine. Less access to unhealthy foods for your child may result in you eating better and being able to be a better role model.

How to control your child's diet without restricting

Keep the faith with respect to feeding, restrict unhealthy foods and drinks in a covert way, rather than deny children foods that are in clear view.

Some examples of why you may need to adjust your routine:

The pantry at home

Only keep foods in the house that you’re happy to feed your child.This may mean that you end up eating a healthier diet as well.

If you do have some ‘adult snacks’ for when its adult time (after the kids are in bed), then you need to find a good hiding spot for them. 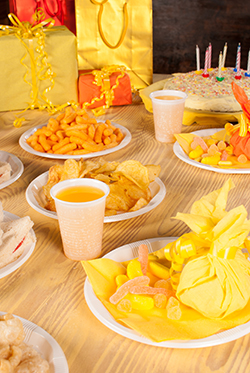 You provided them with the opportunity to eat!

You took them to the party and therefore you provided them with the opportunity to eat. You can’t now restrict what your child has. If you feel there is too much unhealthy food around and you want to limit it, then a covert way would be to look at how many birthdays you get invited to and limit how many you turn up to.

There will be times when you will find it very difficult to restrict in a way that the child is not aware of. For example, a trip to the shopping centre where they make sure your child knows where all the high sugar and fat foods are.

There are times to create rules, be consistent with the rules so over time your child will learn that getting food is ‘not an option’. Make rules about what’s normal.

“We don’t buy those foods from the supermarket but we can have them on other occasions.”