“I can’t believe they won’t eat that now.”

It doesn’t seem fair does it, they’ll be eating a diet that’s increasing in variety and then become fussier, rejecting food they may have eaten before. 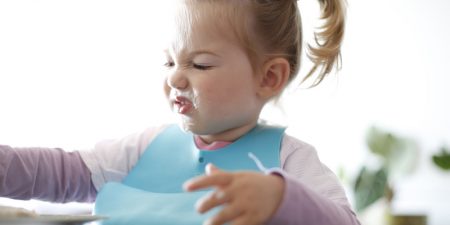 Growth slows and children become pickier with foods at around one year.

There are a few things, that in combination, lead to children appearing like they’re not interested in the food you’re providing.

Firstly the rate they’re growing slows down a bit, they’re starting to control their environment more and they’re becoming more cautious with food and strong flavours.

The rules don’t change, you provide the food and they decide if they’ll eat or not. Keep your structure (meals) and you’ll ride out this period and come through (pretty much) unscathed.

Getting used to this idea that it is totally normal will make feeding much less stressful for both you and your toddler. Remember you can’t make them eat or like something, you can just offer it. Pressure off! 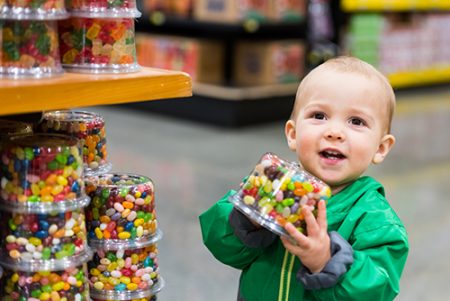 “And then for lunch we’ll have”… is the right person setting the menu in your house?

Eating new food is a skill that infants and children learn gradually, a lot of learning to eat new foods looks like food rejection. You may not recognise the improvement. Children have a way of sneaking up on a food and learning to like it.

Most of the time, you’ll find toddlers will take to fruits and food in the breads/cereals group more easily than meats and vegetables. This just means a little more patience with meats and vegetables. By just providing foods you know they’ll eat, they’re starting to set the menu and you’re giving the least capable person control of nutrition.

We're all different. May be a supertaster? 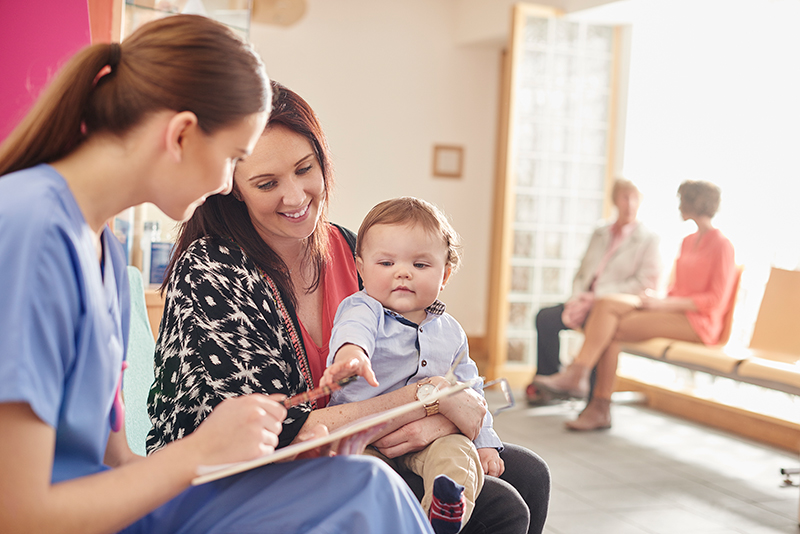 They might be a supertaster, they may need a few more try’s of food but they’ll get there.

Some of us and our children have much more sensitive taste buds. These people are called supertasters. This can mean new foods taste a lot stronger and may take longer to get used to. Often we’ll hear stories how one child was great with food and the other is a fussy eater.

The good news is that supertasters aren’t less likely to have a limited diet than non-supertasters, as long as they’re given the opportunities to get used to new foods.

Supertasters learn to enjoy strong flavoured foods as long as parents have a bit more patience and provide a few more exposures to the food in a ‘no pressure environment’ it’s their job to decide if they want to eat or not.

Why are children cautious with new foods?

Infants, toddlers and children being cautious with new foods and not accepting them straight away, is thought to be a response which goes back to our ancestors. Bitterness in foods and strong flavours may have indicated that the food was not safe to eat, either poisonous or had gone off. 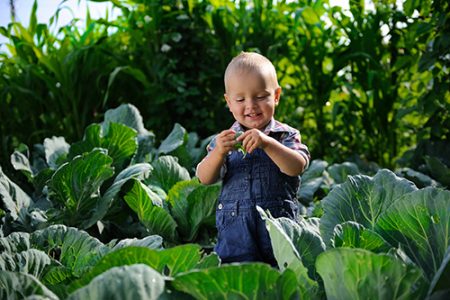 Some of the characteristics of foods can make children wary i.e. the strong smells, bitter tastes of vegetables and meat, or the look of foods. Being wary of new foods is a survival instinct. It’s good that our kids are a bit cautious.

It’s thought by experts that toddlers at this age become a bit fussier because they’re starting to walk and spend time away from their parents. In the past, when toddlers were foraging for foods, they were more likely to eat something poisonous when they were not with their mother.

The extra sensitivity of taste buds and caution were important for survival.

Your tool is the neutral exposure

What is neutral exposure?

It’s simply offering your infant a food without any pressure or expectation to eat it, just adding it to their meals, nothing else.

What have you heard? 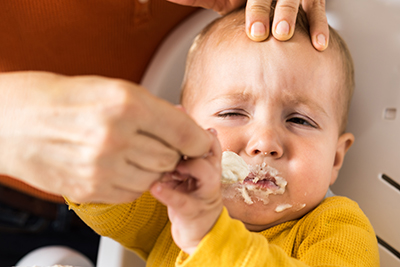 “You wonder why I don’t associate eating mashed potato with a pleasant experience!”

Repeated neutral exposures are how infants and children learn to eat new food. In our society vegetables are considered to be difficult to introduce. This has resulted in less than 5% of adults getting the amount of vegetables they need. Most of us have learned to eat vegetables under pressure.

It’s no wonder that they aren’t eaten much.

It takes 10-30 presentations for a child to try a new food or re-try and old food. Yep, anywhere in that range depending on your toddler. Just keep in mind lots of parents aren’t patient enough.

The average amount of neutral exposures given to children is three before parents decide the food won’t be included in the child’s diet.

Provide familiar and new foods together

Include new foods with familiar foods that have already been accepted and your toddler enjoys. This will take the pressure off and give them an ‘out’.

It reassures your toddler they can eat something, making them feel braver about considering tasting and perhaps even eating the new food.

We learn to eat unfamiliar food when we see it again and again.

There are a lot of things about the food that toddlers might not like first up. It could be the colour, texture or flavour. Consider how it’s served, cut or arranged. Try to combine the food with another food or sauce to soften the flavour. Tone down strong flavours with sauces, bread crumbs, herbs and spices. Think how you like your food and consider it when preparing your child’s food.

Before your child puts a food in their mouth and swallows it, they may need time to get to know it.

That means playing with it, scrunching it, bashing and maybe if they’re musically inclined playing drums with it! All very important when getting to know food.

Take the pressure off yourself

One thing we often hear from parents who are stressed out about their infants’ feeding is that they’re fussy eaters. When asked more questions we find that they’re doing ok. The child is eating something from all the food groups and maybe a few things within each of the food groups.

Keep your cool and remember the rule – you provide and then they decide. Any food learned to eat under pressure will not be food that will be liked or eaten long term.

Play the long game! It will improve the short game!